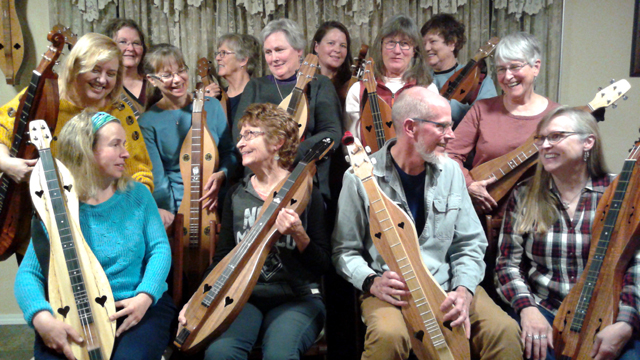 Mountain and Hammered Dulcimers have earned a place in our American musical heritage.  While sharing the same name, these instruments are vastly different.  Come and be introduced to the Mountain Dulcimer in the words of Jean Ritchie, a woman credited with bringing the instrument back into the public eye (and ear) in the 1950's and 1960's, and experience a variety of styles of music from traditional to contemporary.  The bell-like tones of the hammered dulcimer is truly an enchanting experience, from roots in numerous countries to the rebirth of the American version of the instrument promoted by Henry Ford in Michigan.  Enjoy a musical sampling from slow airs to rousing Celtic jigs to traditional fiddle tunes.

The Dulcineas is a group of 15 players with a passion for Mountain Dulcimers.  Led by Irma Reeder, their mission is to promote and preserve this versatile instrument which is largely unfamiliar in the Southwest.

Scott Reeder became enamored with the Hammered Dulcimer a number of years ago when he saw it performed in a concert.  Like the Dulcineas, he is committed to educating listeners to the beauty and unique sound of this instrument. 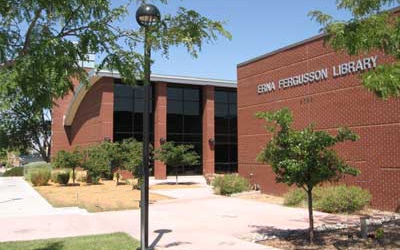 Upcoming Library Events
at all branches

Powered by Springshare. All rights reserved. Report a problem.